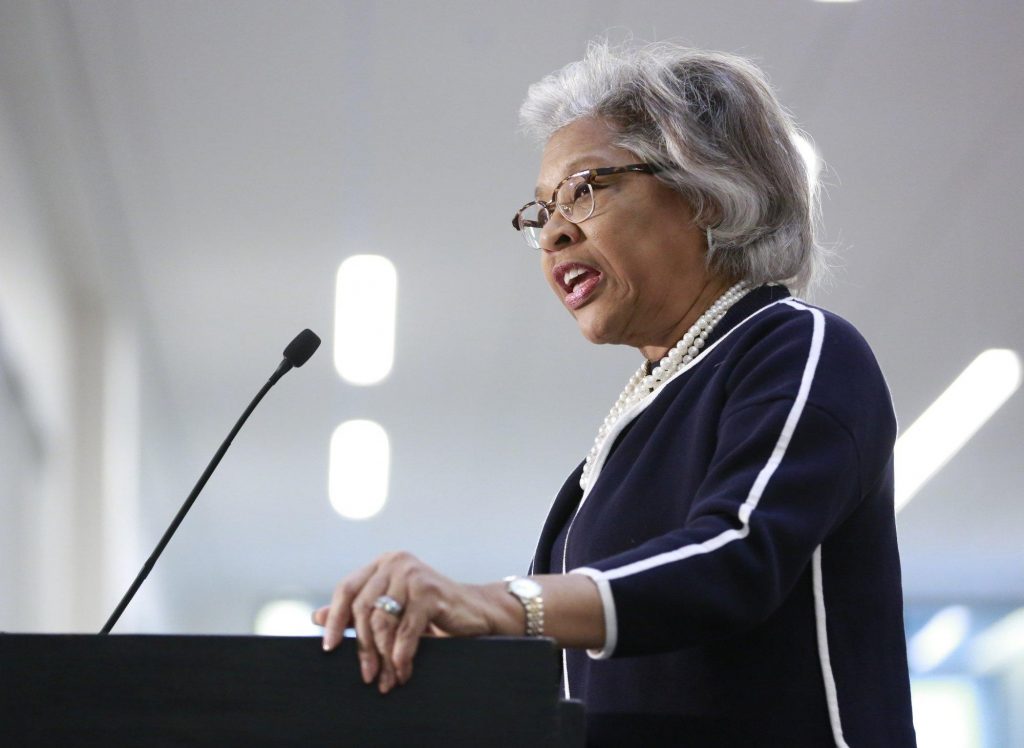 The reductions were contained in an amendment to an overall defense bill that passed 351–66. Rep. Joyce Beatty, a Jefferson Township Democrat, was the lone Ohio lawmaker opposing the bill. Beatty said she voted no specifically because of the proposed cuts, which “would not benefit our troops and would put thousands of central Ohio jobs at risk of being eliminated or moved elsewhere.”

Rep. Steve Stivers, R-Upper Arlington, is on National Guard duty this week and did not vote.

While the initial proposal by Thornberry named specific agencies to cut, the final version was more vague, calling instead for the Defense Department to study cuts and target them at specific Defense bureaucratic missions. Still, the potential cuts to central Ohio defense jobs so alarmed the region’s business community that they flew to Washington last month to personally lobby the Ohio delegation to fight the provision.

The Senate version of the bill is not expected to include the cuts, said Sen. Sherrod Brown, D-Ohio. The White House opposes the amendment, which “would create contradictory and conflicting authorities and relationships” within the Department of Defense.

The American Federation of Government Employees, which represents many of the workers whose jobs would be targeted, condemned the proposal as “foolish and shortsighted.” And Brown wrote a letter to Senate Armed Service Committee Chairman John McCain, R-Ariz., and Sen. Jack Reed of Rhode Island, the panel’s ranking Democrat, warning that the proposed cuts “will negatively impact our ability to complete core national security missions.”

“This arbitrary cut is wrong for our national security and wrong for Ohio and I’ll keep fighting to make sure our jobs are protected in the final bill,” Brown said.

Sen. Rob Portman, R–Ohio, meanwhile, vowed to fight to keep the cuts out of the final version of the bill.

“Our defense agency offices in Columbus and Cleveland play very important roles supporting our men and women in uniform, including making sure they get paid, have the repair parts they need for their equipment, and have the information technology systems needed for mission success,” he said. “These aren’t functions we can get rid of.”

If both the House and the Senate include the provision in the final version of the bill, it could have an impact on 6,000 jobs at the Defense Finance and Accounting Service and the Defense Logistics Agency in Whitehall as well as 2,600 jobs at a similar agency in Cleveland.

The Senate was scheduled to consider changed to its version of the bill on Thursday, but it does so in private session.

This article was originally published by the Columbus Dispatch on May 24, 2018